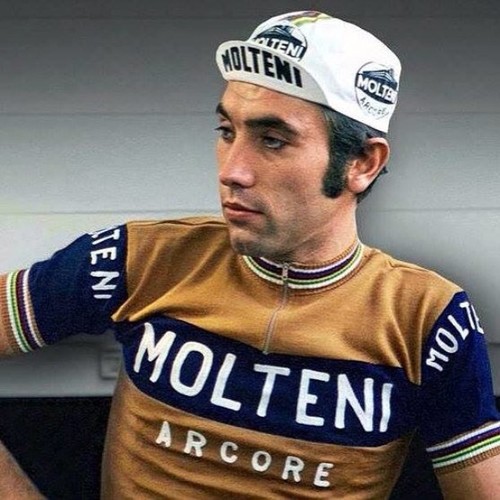 Eddy Merckx in the cycling jersey of Molteni